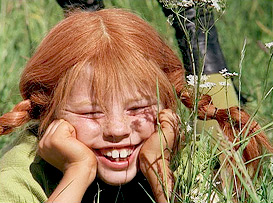 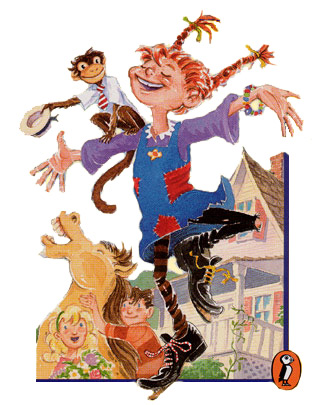 Way out at the end of tiny little town was an old overgrown garden, and in the garden was an old house, and in the house lived Pippi Longstocking. She was nine years old, and she lived there all alone. She had no mother and no father, and that was of course very nice because there was no one to tell her to go to bed just when she was having the most fun, and no one who could make her take cod liver oil when she much preferred caramel candy.

Once upon a time Pippi had a father of whom she was extremely fond. Naturally she had had a mother too, but that was so long ago that Pippi didn't remember her at all. Her mother had died when Pippi was just a tiny baby and lay in a cradle and howled so that nobody could go anywhere near her. Pippi was sure that her mother was now up in Heaven, watching her little girl through a peephole in the sky, and Pippi often waved up at her and called:

"Don't you worry about me. I'll always come out on top."

Pippi had not forgotten her father. He was a sea captain who sailed on the great ocean, and Pippi had sailed with him in his ship until one day her father was blown overboard in a storm and disappeared. But Pippi was absolutely certain that he would come back. She would never believe that he had drowned; she was sure he had floated until he landed on an island inhaited by cannibals. And she thought he had become the king of all the cannibals and went around with a golden crown on his head all day long.

"My papa is a cannibal king;
it certainly isn't every child
who has such a stylish papa."

Pippi used to say with satisfaction ...

"And as soon as my papa has built himself a boat
he will come and get me,
and I'll be a cannibal princess.
Heigh-ho, won't that be exciting? 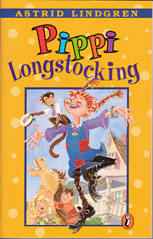 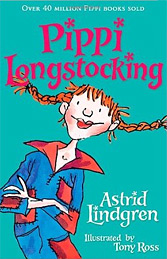 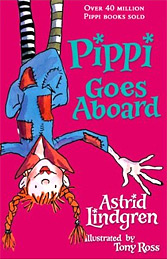 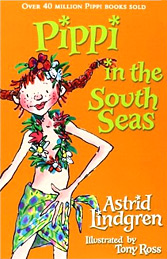 Pippi in the South Seas (Teil 3)